How To Reach Us

How To Reach Us 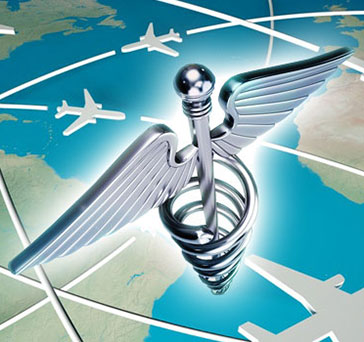 Amritsar is one of the largest cities of the Punjab state in India. The city origin lies in the village of Tung, and was named after the lake founded by the fourth Sikh Guru Ram Das in 1574 on land bought by him for 700 rupees from the owners of the village of Tung. Earlier, Guru Ram Das had begun building Santokhsar Sarovar, near the village of Sultanwind in 1564 (according to one source in 1570). It could not be completed before 1588. In 1574, Guru Ram Das built his residence and moved to this place. At that time, it was known as Guru Da Chakk. (Later, it came to be known as Chakk Ram Das.)

Amritsar's central walled city has narrow streets mostly developed in the 17th and 18th century. The city is a peculiar example of an introverted planning system with unique areas called Katras. The Katras are self-styled residential units that provided unique defense system during attacks on the city.

Amritsar historically also known as Rāmdāspur and colloquially as Amritsar, is a city in north-western part in India. It is home to the Harmandir Sahib (commonly known as the Golden Temple), the spiritual and cultural center for the Sikh religion. This important Sikh shrine attracts more visitors than the Taj Mahal with more than 100,000 visitors on week days alone and is the most popular destination for non-resident Indians (NRI) in the whole of India. The city also houses the Sikh temporal and political authority, Akal Takht, as well as the Sikh Parliament.

The main commercial activities include tourism, carpets and fabrics, farm produce, handicrafts, service trades, and light engineering. The city is known for its rich cuisine and culture, and for the Jallianwala Bagh massacre in 1919 under British Rule. Amritsar is home to Central Khalsa Orphanage, which was once a home to Udham Singh, a prominent figure in the Indian independence movement.

Before you reach the hospital premises : Prior to arrival, we need the case history, details of treatment taken, latest medical reports and current clinical status of the patient. Reports will be evaluated by one of our Senior Consultants and the cost and treatment plan will be forwarded.

Visa Assistance Letter : To travel to India, the patient/companions will have to apply for medical visa at the nearest Indian Embassy. If you need any visa assistance letter, please send us the passport details of the patient and companions.

Complimentary Airport Pick Up : Patient/family will be received at the airport by our Hospital Executive.

Payment Options : Payment can be done by cash/major credit cards.

Travel Services : Ranjit Hospitals will assist patients in making the appropriate arrangements for their travel within India. Our partners are aware of our patient's needs, proximity to locations, and modes of transport.

How to reach us

Rail / Road Link :
Situated at Grand Trunk Road (NH1) Amritsar is well connected by rail and road with all parts of the country and with Pakistan.

Reaching us in Amritsar :

From Bus Stand :
Ranjit Hospital is 6 Km away from the Amritsar Bus Stand